Adventure is a word with a continuously changing definition. 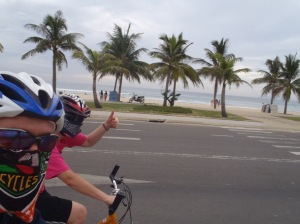 Just a little back ground on us; we are Brendon and Emma, collectively known to close friends as ‘Bremma’.  Melbourne is our home-town in Australia, although we tend to travel now more than stay in one spot for long.

We first hit the international road in back 2002 with a working holiday to Whistler,Canada where we spent the season working on the ski fields. Early 2003 saw us jet to London, England where we spent the following 3.5 years living it up with many short jaunts to neighbouring European countries.

In 2006 we set off from London for some extended car touring in Europe and Africa with an overland backpacking mission through Asia from Russia to Singapore.

Arriving back in Australia in late 2007, we did a quick stop over to replenish the funds and complete some studies.

Early 2008 we set off again, this time to Tokyo, Japan where we worked and played for 4.5 years in the mega-city. This was where a plan to travel through the Americas started to form.

Initially planned as a another van tour, the idea was to drive from Alaska to Chile. But somewhere along the way the van trip turned into a bike mission. We both have different versions on how that all came about!

After years of persuasive conversations, many beers and lots of tears, Brendon finally managed to convince Emma that riding was the way to do it.

Then the planning started to snowball. We looked at the map of North and South America and kind of just picked a couple of areas we really wanted to check out, a few festivals that fell in our traveling period, and just kinda ran with these until the project morphed into a full-blown 22,000 km 20 month mission. Starting small, but thinking big. It’s a kind of Bremma philosophy.

We hit the road in 2013 pedalling from Whistler-Canada and finished the journey through 17 countries, making our goal of Santiago-Chile in May 2015

Another major goal was to start out first charity fundraising work.  This was something completely new to us. It gave the challenge a separate focus, and made the journey about something bigger than just our love of adventure.

Our love for bike touring lives on with new adventures always in motion.We hope you will continue follow our mission through the TotallyTandem site!

We’re stoked to have you riding with us!

One response to “About Bremma”

Our basic route through the Americas 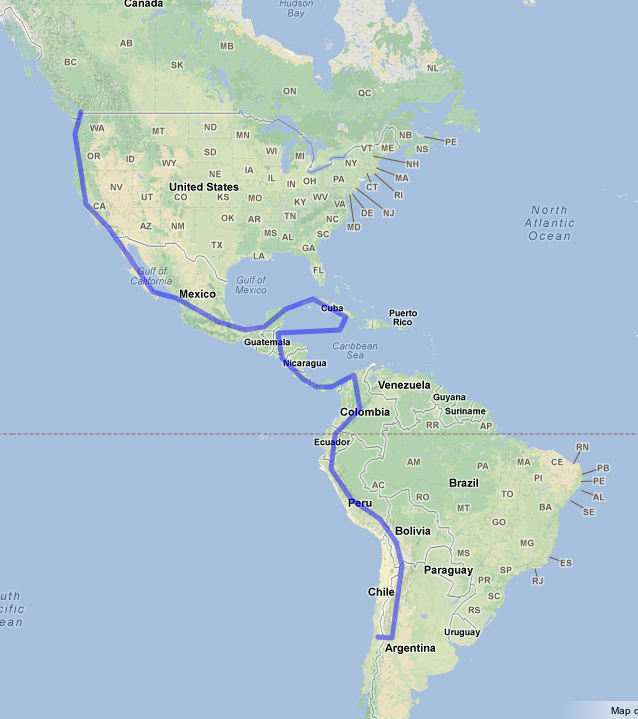 Thank you all for your generous support!